Espera, si us plau...
Pàgina d'inici > Advantages (and disadvantages ...) of the integrated batteries

Advantages (and disadvantages ...) of the integrated batteries

Advantages (and disadvantages ...) of the integrated batteries

It is one of the main trends of the 2018 season. Those interested in buying a mid-high-end electric bicycle only have eyes for the models with integrated battery, and that when they do not demand it as a prerequisite condition. Increasingly, electric cyclists want to enjoy the pleasure provided by the energy accumulated in the battery. However, and this is important, without being noticed that they carry an extra energy. It is about not seeing the battery and, surely very soon, neither the engine. 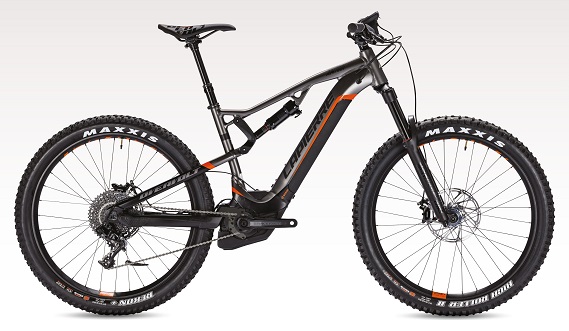 Lapierre AM 700i Bosch

The advantages of the ebikes with integrated battery are essentially one: it is a purely aesthetic issue, and no less if we consider the high demand that this end of the 2017 season is having. The 2018 ebikes have purer, more harmonic, cleaner lines. In some you see the picture and little else. On the other hand, they present some drawbacks.

Already some years ago that circulate ebikes with integrated battery. Pioneer brands in its introduction were Specialized with the breaker Turbo Levo, which has forced the majority of major brands to get the batteries, and more secondarily, BH in its models equipped with own engine (Evo) and Brose.

The great wall with which the introduction of integrated batteries has collided is the obsession of the up to now two great manufacturers of motorizations for ebikes, Bosch and Yamaha, in producing totally hermetic systems. They produce the motor, battery, screen, sensor and wiring, and nobody else can produce batteries compatible with their engines. Point. Bicycle manufacturers simply assemble a set with the configuration given to them.

Luckily, Brose, and then Shimano with his E8000 engine, have ended this secrecy and have forced the German Bosch to react. The first also manufacture motor and battery, but they give freedom to the brands of bikes to assemble the batteries that suit them. And that's how Specialized, Bulls, Focus, Rothwild or Merida have had enough of selling mountain bikes with integrated batteries. 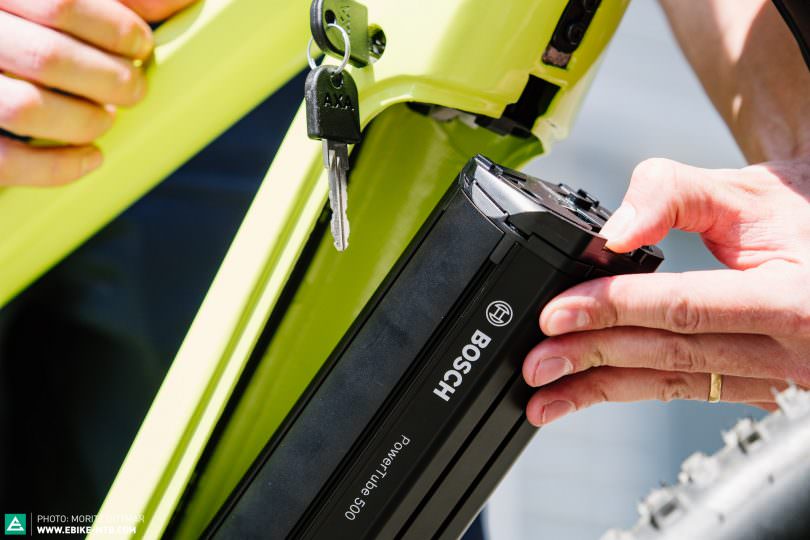 Finally, a few months ago, the first models with Bosch engines and the integrated Power Tube battery, such as the Lapierre AM 600i Bosch, began to arrive in stores.

Yamaha still has not reacted, but surely next season will present their integrated batteries. If something is characterized by Japanese manufacturers is because they take more than desirable to update. They are not in a hurry. The advantage is that when they do their product is more than proven and almost never fails.

And what are the drawbacks of the integrated batteries that we announced at the beginning? Here are the following:

1-At least in the case of Bosch with its Power Tube, they weigh more than conventional batteries with equal capacity (100 grams more). To this factor we must add that the frames should be designed to wrap the battery, instead of supporting its weight when mounted on top. So in general they are a little heavier. The advantage is that the battery lies lower, which also lowers the center of gravity.

2-The obsession to integrate battery and, increasingly, also the engine hinders workshop work. Putting all the components inside the small frame of a bicycle can turn the location and repair of faults into a real nightmare.

3-The integration of battery and motor hinders ventilation and, on hot days, can lead to heating and the subsequent disconnection of the drive unit.

4-It may seem a minor issue, but for many ebikers it is not. The integrated batteries are longer, so for cyclists who love long distances it is more complicated to load a second unit in the backpack.

5-Most brands of bikes mounted Bosch Power Tube in the lower part of the diagonal tube of the frame. As a result, it is more exposed to dust, mud, stones and water lifted by the front wheel.

6-Also because it is located in the lower part of the frame, it is easier that, at the time of putting it in and taking it out, it falls to the ground and the casing is damaged.

7-And finally, integrate the battery in the box means that the diameter of the picture increases exponentially.

But let's not kid ourselves. For the majority of users these inconveniences are insignificant trifles if in exchange they can have a bike of pure lines. With how beautiful an ebike is without the backpack (battery) mounted on top of the frame!