Pàgina d'inici > E-bikes: so important is the motor power?

E-bikes: so important is the motor power?

EBIKES: SO IMPORTANT IS THE MOTOR POWER?

Haibike will take an eMTB equipped with the impressive TQ engine, with an impressive 120Nm of maximum torque, next season. Not that it is much more than the existing engines so far; is much more, neither more nor less than 33% more than the, in theory, most powerful engine, the Brose. And we say in theory because many testers consider excessive the official figure of 90Nm declared by the German manufacturer. If so, that the difference in power of the TQ engine compared to the competition would be even greater. 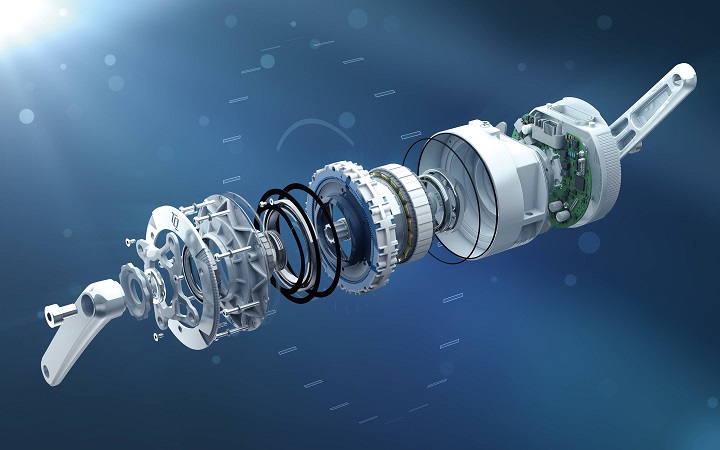 Are we going crazy? Are ebikes really as powerful as the one that the German manufacturer will take? We will not be killing the goose that lays the golden egg just when its production was starting to be profitable?

We are very afraid that, if the ebikes continue to distance themselves from bicycles and become increasingly similar to motorcycles, the authorities will take action on the matter and will end up confirming, by law, what many cyclists say long ago, that Ebikes are not bicycles. A change in the legal consideration of electric bicycles, which currently do not pay taxes or must be insured precisely because they are considered bicycles, would be a real blow for the sector. For brands, for stores and for fans.

Let's go back to the question we asked ourselves at the beginning. Really, how important is the power of an ebike? Of course, in a long climb by track or road, the bike equipped with the most powerful engine will be distanced from the rest. In a more normal use, it will be very different. From the moment we get on a path, mud or loose soil appears and the terrain becomes complicated, other factors come into play and the balance will equalize.

In the outlets we make in the store there are ebikes equipped with Yamaha PW-X (80 Nm), Brose S (90 Nm), Shimano Steps E8000 (70 Nm) or Bosch Performance CX (75 Nm). When facing technical rises, those that first arrive at the top are not necessarily the most powerful, but those handled by the most skilled ebikers.

Each engine has its advantages and its disadvantages. The Bosch is very powerful, but also very rough on slippery floors, noisy and offers resistance when pedaling without assistance. The Brose is very quiet and throws a lot, but less than what is said and the first versions were prone to breakdowns. The Shimano works incredibly well and is very reliable, but it also consumes a lot of battery power. And the Yamaha PW-X has improved significantly with respect to the PW, although it is too nervous for the taste of some.

"They begin to distinguish two types of fans, those who are looking for power and those who ask for light ebikes"

We are against this crazy race in favor of ebikes every day more powerful, although we are also aware that we are a lonely voice crying out in the middle of the desert. The market needs news every year so that the sales wheel does not stop spinning. And the brands, of course, are willing to offer them. After all, they live from that.

In any case, by the end of 2018, it is becoming clear that in the mountain bike market there are more and more two types of cyclists. One includes both the adrenaline seeker (in general relatively young enduro fans in many cases without previous connection with the world of the bike and veterans ex-motorcycle enduro, moto-cross or trial) as the age issues, Weight or low form requires a very powerful motor. And on the other hand there are those who simply need specific assistance to complete their routes.

In short, we are going to a greater specialization of the ebikes market.

The ebikes that the first ones need will increasingly resemble mountain bikes. They will have long suspension routes, heavy batteries to feed their gluttonous propulsion systems and huge discs to stop these electric beasts.

The first ones have been the most visible so far and form a group that will continue to grow at a good pace, fed by those who seek to have fun in the mountains at full speed, those who want to make long routes or those who, for whatever reason, need power and autonomy.

We are convinced that, in the medium term, the segment that will grow the most will be light ebikes with specific aid. The first manufacturer that manages to produce an electric bicycle only 3 kg heavier than a conventional one, € 500 more expensive and with about 30 km of autonomy will be lined because it will attract thousands of mountain bike fans who for now have not passed for the head to electrify.