Ebikes: the revenge of fat

Ebikes: the revenge of fat

... And the loose And lazy people. And those who can not or want to keep pace with their partners. And those who suffer from ailments that prevent them from developing their potential 100% ... 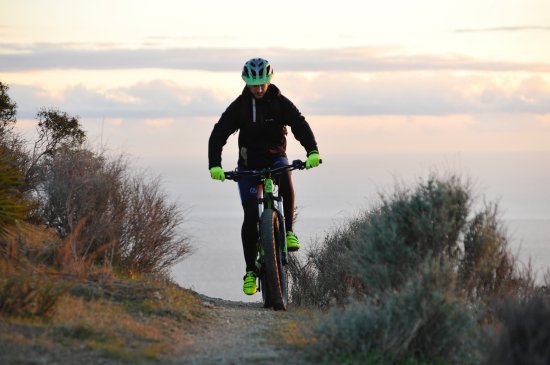 If something electric bicycles are something, they are democratizing the use of the bicycle. They allow you to ride more days a week, make longer routes and with more slopes, to shoot at the same pace, or even higher than that bicycle friend who comes out five days a week and is so fit.

Let's look at people overweight They often have a difficult relationship with the bicycle. Those who weigh 60 kilos find it difficult to understand how difficult it is to make MTB for someone who is weighing one hundred. Let them imagine just doing the same routes they always do with some 40-kilogram weight-laden extra bunkers. When it comes to facing a tough climb, the rhythm goes down, the effort becomes agonizing and the ascension becomes eternal.

It seems clear that, in identical conditions, the 100-kilogram rider suffers much more than heavier than 60.

An ebike is a bicycle with super powers. It has that magic button we dreamed when we rolled on a conventional bike. After a hundred kilometers of effort, exhausted, we imagined that we premiered the imaginary command and, suddenly, without having to make more sacrifice, we were at the end of the stage of the day.

Thanks to the electric ones, who weighs a hundred pounds feels light as a feather. It rises with the feeling that, now, you can breathe, enjoy the landscape and the good company. No longer have to settle for arriving above, last, of course; Now you can also concentrate on driving and paying attention to the route. And yes, you can also reach it up being the first of the group. Life is Beautiful!

With the electric bicycle you just have to be aware of the battery left. You have the peace of mind that you can do many more increases than you would if you only had the strength of the legs. So you lose your fear of trying new ways for those who have never dared to enter. You are going down below and, if there is no exit, you will go back up again.

What we said at the beginning. Ebikes are the revenge of the fat.