Everything you should know about the battery of your ebike

Everything you should know about the battery of your ebike

There are some questions about the batteries that store we are a recurring basis. Because we believe it is a matter of utility for anyone who has or is raised to buy ebike, here are the answers you about the soul electric drives: 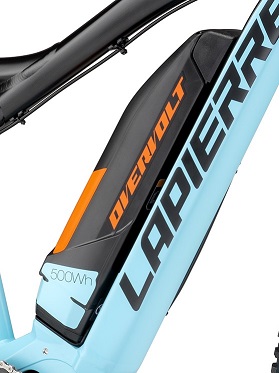 --How much cost a battery?

Well, depends very much on the mark. Bosch 500Wh battery out in early 2017, 873 euros (slightly less Yamaha), while the battery from a manufacturer of generic Chinese 9Ah can cost them about 300. All components are similar, although, of course, manufacturing quality and weight are different.

--Why the battery of an electric bike is so expensive?

No matter it is a battery Bosch, Yamaha or a Chinese manufacturer unknown. The battery is the most expensive component of your ebike. The interior is more sophisticated than suggested by the exterior of the casing. Inside there is a whole cell (like batteries that we use regularly at home) lithium, a material relatively scarce and expensive, and a small electronic device (BMS) that manages the loading and unloading of each cell avoiding overloads and excessive discharges. In this we have to add the hours of work that involves welding the cells.

The old nickel-cadmium or lead have memory effect and because they fell asleep, the manufacturers recommend not putting them in charge until empty. In current lithium -the riding ebikes actuals- the memory effect is negligible. So that we can put a load at any time, whether the charge level is at least as half.

--Is bad to leave the battery to a minimum?

Nothing happens if our routes we exhaust the battery. Our battery has a system that protects the cells from excessive downloads. Now, storing the bike for days or weeks with the battery fully discharged is bad. It can cause irreparable damage.

--What I have to do if I do not use the bicycle for a long period of time?

The ideal is to remove the battery from the bicycle and keep it in a dry place at room temperature for fifteen-twenty degrees and at least 50% load. As the battery, but not used, always losses, ideally every two weeks we put the load for fifteen or twenty minutes.

--Can I leave the battery charging all night?

In principle it can be done. Chargers today are smart and when they detect that the battery is charged, leave to put more tension. But as a precaution, the better is to disconnect the power once it is loaded. Remember that a bicycle lithium accumulate a lot of power and are potentially dangerous.

--What precautions can I take to safety?

Well, for example, to let the summer sun for hours or behind a glass where the sun touches.

Yes, you can get wet if it rains and can be washed with water. What is prohibited is to immerse them or wash them with water pressure.

--Can I charge the battery outdoors?

In principle there is nothing wrong, but in those days but the humidity exceeds 90%, you may find that putting the charger sparks jump. So you better do so on the inside. A ventilated room would be ideal.

Manufacturers announce the number of times that their batteries can be recharged. That would be the life of the battery recharges number.

--Every time that I put a load I'm consuming one cycle?

No. A cycle is fully charged, completely empty to fully charged. Therefore, if the load when it is put in the middle, I'm just eating half cycle.

--But battery has lost performance and I loaded less than 100 times ...

This can happen as well. A battery may die because we charged more times than either the manufacturer announced that it has entered a phase of a failure by the time that has elapsed since we began using. Consider that the batteries begin to lose load capacity from the third year of life.

--That means taht I'll have to replace the battery when it reaches 500 cycles?

Most likely not. The battery still works when cycles exceed the number listed on the manufacturer's specifications. The only thing you will notice is that progressively lose autonomy, until we reach a time when so few kilometers there will be no choice but to change it. With reduced autonomy, but there are batteries that reach six years.

--Then my battery die from excessive refills or because long ago that I have?

The vast majority of ebikes batteries die so long ago that we have. Simply do a calculation to realize that, most likely, is that we spend it. If we can do with each load 40 km, 500 cycles can travel 20,000 kilometers before the battery loses capacity. Frankly, few people do so many kilometers in two years.

--All batteries have the same lifetime?

No and yes. There are small differences between batteries depending on the chemical they use. However, at present, the vast majority of manufacturers mount the cell Lithium Ion. Some manufacturers use LiFePO4 (lithium iron phosphate), which despite being heavier, have a longer life and hardly blame a drop in power with low loads. Or lithium ion polymer, which are more powerful but also potentially more dangerous.

--It true that batteries lose performance in cold weather?

If. Lithium batteries lose performance when the temperature is close to 0 degrees. Not that Miss load capacity, but find it difficult to release it. If bolts bike all year and live in a cold place, we mitigate this problem by covering the battery with a neoprene sleeve that you can buy as eBici.cat. This shelter will help retain the heat generated by its own operations.

--And also affect the heat?

Yes. The batteries also suffer with temperatures above 40 degrees.

--In short, what is not appropriate to the battery?

The water pressure, extremely humid environments, hours of sun exposure in summer, leave the battery connected to a charger all night to keep it fully discharged.

The battery is the most expensive component of an ebike. Worth spoil it a bit.

--What is the guarantees for the batteries?

Until recently, some manufacturers considered a consumable battery cycling (such as tires or chain) and gave a guarantee only six months or one year. Today, we must renounce buy any bike that does not include a guarantee of two years for battery.