Bosch has just presented the new and awaited motor for Ebikes de Muntanya, the 2020 edition of its popular Performance CX. With great virtues on the paper and perhaps, for some, also some disadvantage.

With the data released, the new Performance CX has a very attractive weight of 2.9 kg, only 100 grams more than the lighter engine until now, the Shimano Steps E8000. 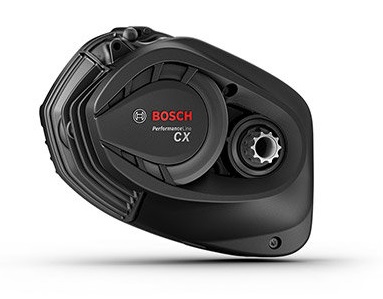 Second virtue: extremely small size (48% more depending on the German manufacturer). The photos that have been shown of the new engine are more than eloquent: it's really very small, even compared to the Shimano, the reference so far.

Advantages derived from its small size: the possibility of designing frames with the shorter bathes and a great freedom so that brands make the box they want without being too conditioned by the dimensions of the engine.

Fourth virtue: unlike the existing model, the engine does not offer resistance to pedaling, according to Bosch.

Sixth virtue: more silent. In this regard, it was not difficult to improve CX!

Seventh and unprecedented virtue: Bosch announces eSuspensions, which will connect the engine to the suspensions (they must be Fox) so that "they will automatically adapt to the terrain according to the route."

And eighth virtue: the excellent eMTB support stays, which allows you to roll through difficult terrain without having to be continuously manipulating the attendance command.

And now we talk about what some (many?) Consider it an inconvenience. The maximum torque of the previous model is maintained: 75 Nm. It's a lot? Is it little For us, and in real operation, the Bosch engine was, for us, the most powerful on the market. Another thing is that Brose declares 90 Nm. At best, the Brose shoots just like an old Bosch, and allowed to get true walls. So for us it was not necessary to improve this figure, as we said in another article on this blog. At least until the batteries do not increase significantly in capacity.

And the truth is that Bosch has a new battery with more capacity to accompany the CX 2020. It is an integrated battery of 625 Wh (25% more), so the trips can be extended in a non-negligible manner.

The bad news, because there is always some bad news, is that the new battery is 5 centimeters longer than the PowerTube 500, so ebikes equipped with a battery of 500 can not pass to 625.

According to Bosch, the CX engine "accelerates with extreme power, reacts without delay and convinces for its agile gait drive and even more control."

"The engine convinces for its impressive performance even in the case of long journeys by mountain." "His concept of improved change allows the engine and the changes to be disconnected by means of a free pinion mechanism, thereby achieving a very natural feeling of course."

Regarding the previous engine, it ensures that we will have much better traction and the possibility of supporting "extreme loads".

More news that Bosch has presented:

- A 400W PowerTube battery for trekking or urban bikes.

- Anti Tunning protection. Bosch has decided to fight against speed limiters, aware that the proliferation of Ebikes illegally surpassing the 25 km / h limit can do a lot of damage to the sector. The system will detect manipulated bikes and these will automatically be blocked.

- New features of the Kiox display, with which we will connect via bluetooth, such as the possibility of blocking the bicycle when we remove the screen.

Bosch seemed to have slept for the last two seasons, but now he seems to have awakened at once.